Soliloquy is a premium slider plugin for WordPress offering ease of use and superior performance. We bought the unlimited developer license and have since used the Soliloquy Premium WordPress Slider Plugin on several client sites and love it.

On multiple sites we’re currently working on — and the new www.fabulousafter40.com that we just took live — we needed the ability to have multiple sliders with different settings on the same site, and to create both image sliders and video sliders (See screenshot at end of article). Unlike many free slider plugins, Soliloquy handled multiple sliders on a single WordPress site with ease, and it is super easy for our clients to use and update.

Soliloquy is available with two licensing options, developer and single site. For image and video sliders, a single site license will work great for most people. To get all of the add-ons or to be able to use Soliloquy on multiple sites, a developer license is necessary.

Oh, and here’s the screenshot of the site I mentioned with Soliloquy in action: Sign up to get new our latest posts and announcements delivered straight to your inbox. Seriously, at this point, what’s one more email? 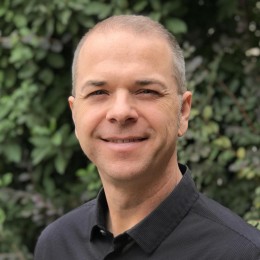 Strong with the Force, is he... an excellent CEO he makes. As Bourn Creative's fearless leader, Brian manages the business, team, and day-to-day operations. He is also lead organizer of the Sacramento WordPress Meetup group and co-organizer for WordCamp Sacramento.

Brian is a designer at heart who leads the UX design and development on all company projects, building the interactions between websites and visitors, and site managers and the WordPress admin. With hundreds of thousands of lines of code under his belt, Brian specializes advanced WordPress development and custom themeing with the Genesis Framework.

Discover What We Can Do For You

We love working with enthusiastic clients who are as passionate about their business as we are about strategy, design, and development. If that sounds like you, we should talk.